We filled the bucket!

​Grant PUD employees and customers achieved the goal of having enough donated food to fill the extra-large two-man line truck bucket during the annual Fill-the-Bucket Food Drive last week. The drive, which is a joint effort between Grant PUD and the IBEW Local 77, collected food for local Grant County food banks at Grant PUD's local offices and with a collection event on Nov. 20 at the Moses Lake Wal-Mart. During the Wal-Mart event, linemen out of the Moses Lake Service Center, other employees and family members handed out string backpacks, stickers and shopping lists to customers going into the store. Dozens of customers returned with food and toiletry items, including cases of canned food, large packages of diapers and other personal items.

"Thanks for doing this," said one customer. "You guys are awesome!"

All of the items collected will go toward helping those going through hard times in Grant County. 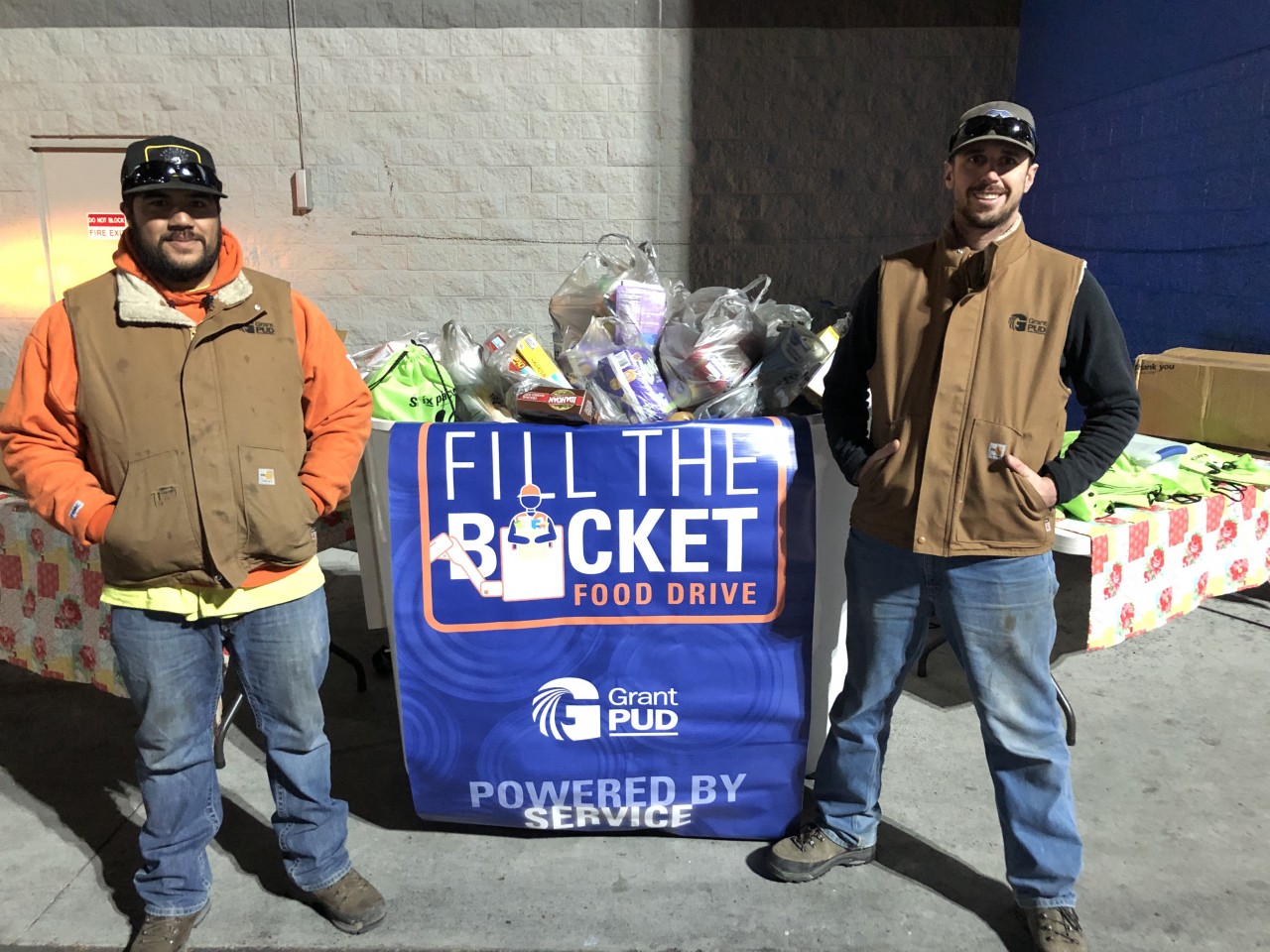 Santana Echavarria (left) and Alex Biallas stand next to an overflowing lineman bucket that was filled by Wal-Mart customers during the Fill-the-Bucket Food Drive on Nov. 20. 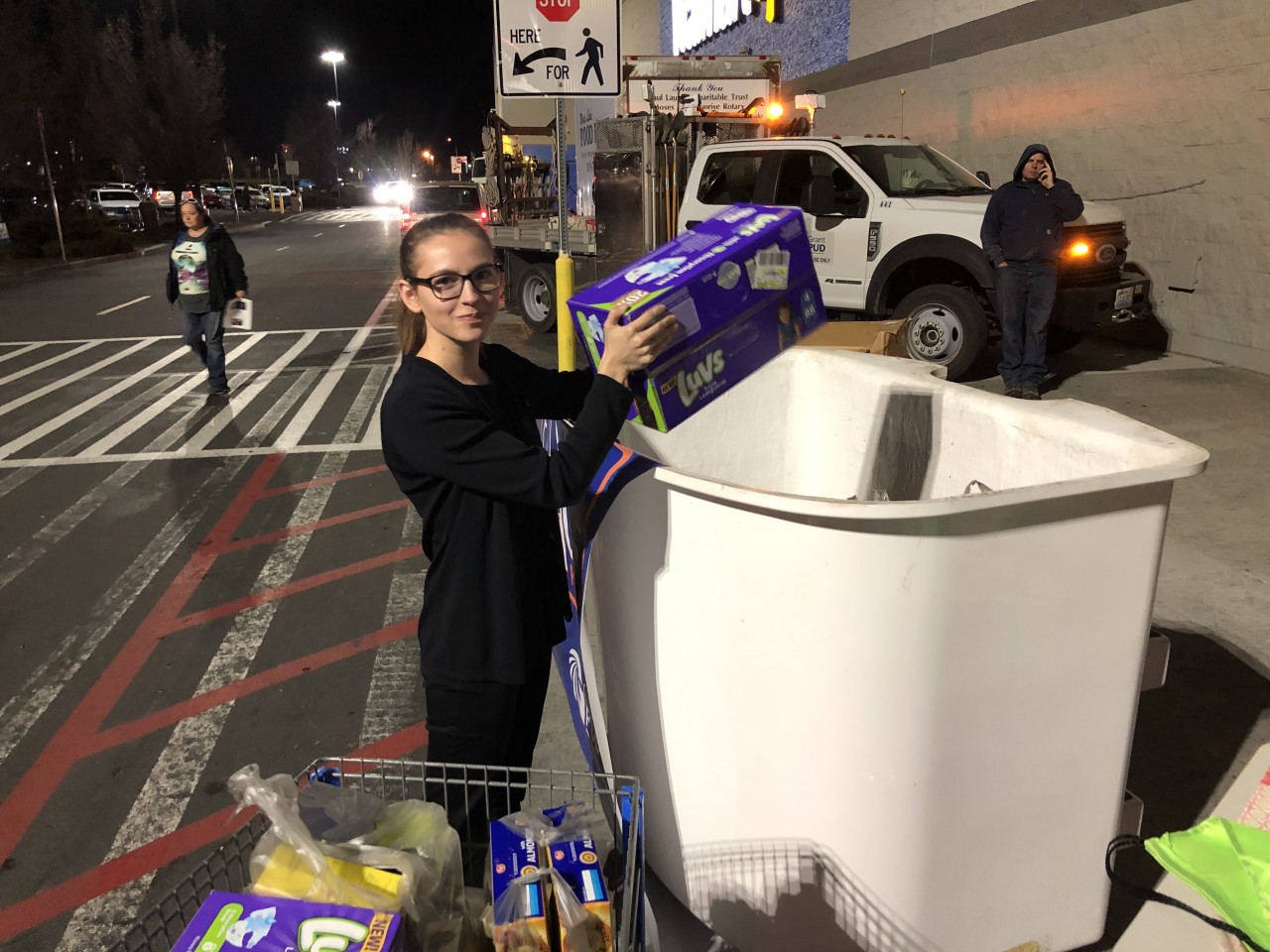 A shopper donates diapers for the food bank. 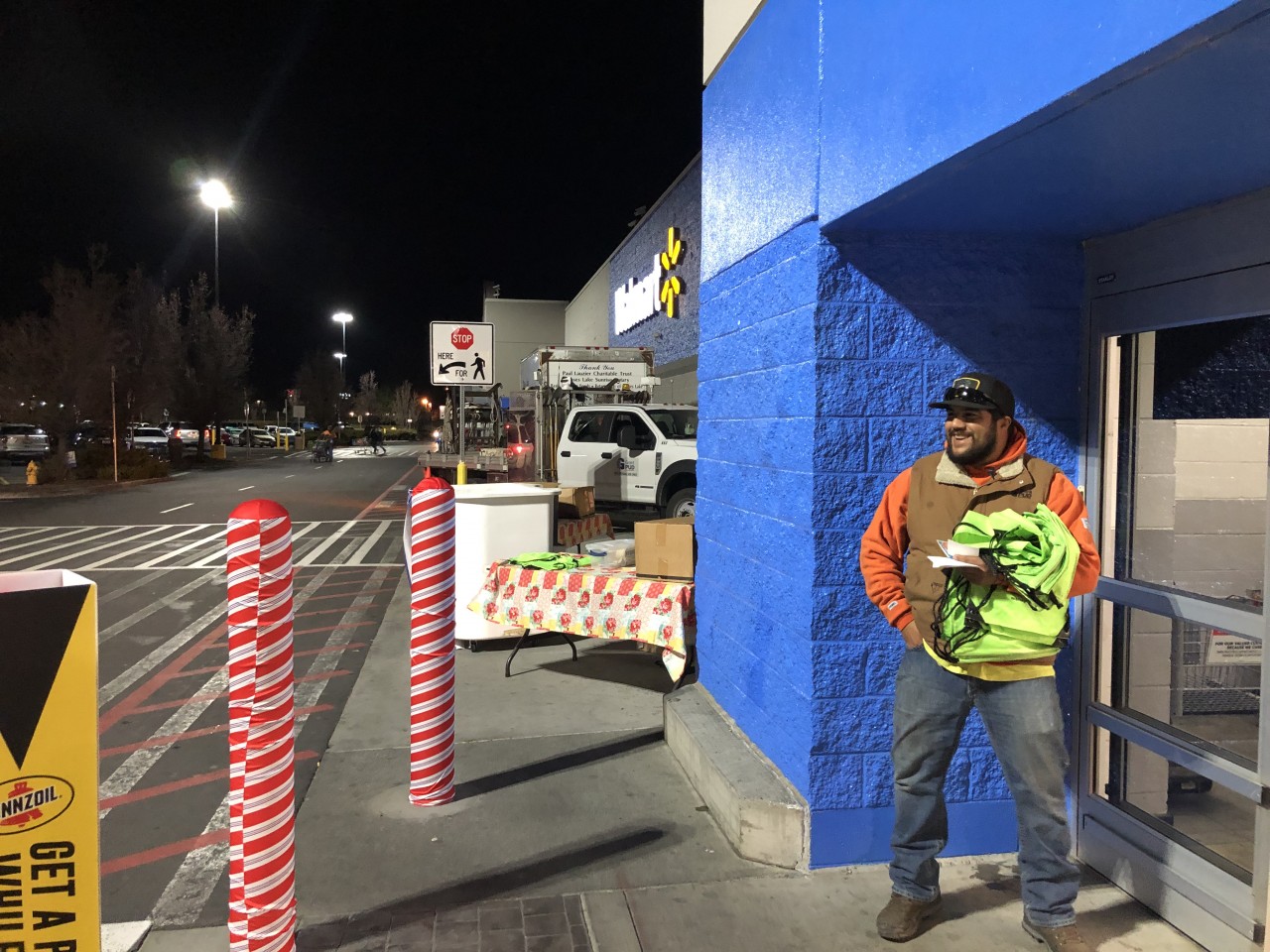