The Wanapum Heritage Center will exhibit the work of Lee Moorhouse (1850-1926), a noted from Pendleton, Oregon, who produced more than 9,000 images of urban, rural and Native American life in the Columbia Plateau from 1888 to 1916.

Moorhouse's photographs of the Cayuse, Walla Walla, and Umatilla are of particular significance for the region.

Although his studio portraits were romanticized reflections of tribal people, his reservation photographs present an ethnographic record of Plateau clothing and dwellings.

The exhibit — Lee Moorhouse on the Columbia Plateau: In the Style of Curtis — runs from Oct. 1 to Feb. 2. It will include Wanapum portraits taken at Priest Rapids and other areas within their homeland.

The Heritage Center exhibit is part of "Beyond the Frame: To Be Native," a regional initiative revisiting art in the style of photographer of Edward S. Curtis (1868-1952) and sparking conversations, exhibits and events focused on Native identity, race resilience, art and culture.

The initiative covers many topics in many venues, including Salmon Fest at the Leavenworth National Fish Hatchery, the Moses Lake Art Museum, Gallery One of Ellensburg and the North Central Regional Library System. Funding comes from the Icicle Fund with support from the Icicle Creek Center for the Arts.

Rex Buck Jr., leader of the Wanapum, is scheduled to speak from 7 p.m. to 9 p.m., Jan. 22, at the Wenatchee Valley Museum and Cultural Center. His talk and slide show will discuss the impact of the displacement of his people and his hope that young Wanapum will renew their connections to the land. Prints of Curtis' photographs will also be on display there.

For more information about events and speakers, visit www.facebook.com/beyondtheframe.org

Photographer Curtis traveled throughout the west creating more than 40,000 images of Native Americans between 1906 and 1930. This year marks his 150th birthday.

Funded by industrial magnate J.P. Morgan, Curtis' goal was to photograph and document as much of Native American traditional life as possible before the way of life disappeared. Curtis took some 40,000 photographs of members of more than 80 tribes. He made more than 10,000 wax cylinder recordings of Native American language and music, recorded tribal lore and history and created biographical sketches of tribal leaders.

Inset photos: (Top) Moorhouse (far right, back row) poses with Cayuse and Shahaptin delegates during a meeting with the commissioner of Indian Affairs in Washington D.C. (Middle) Rex Buck, Jr., leader of the Wanapum. (Bottom) of Edward S. Curtis, circa 1889. Source: Wikipedia. 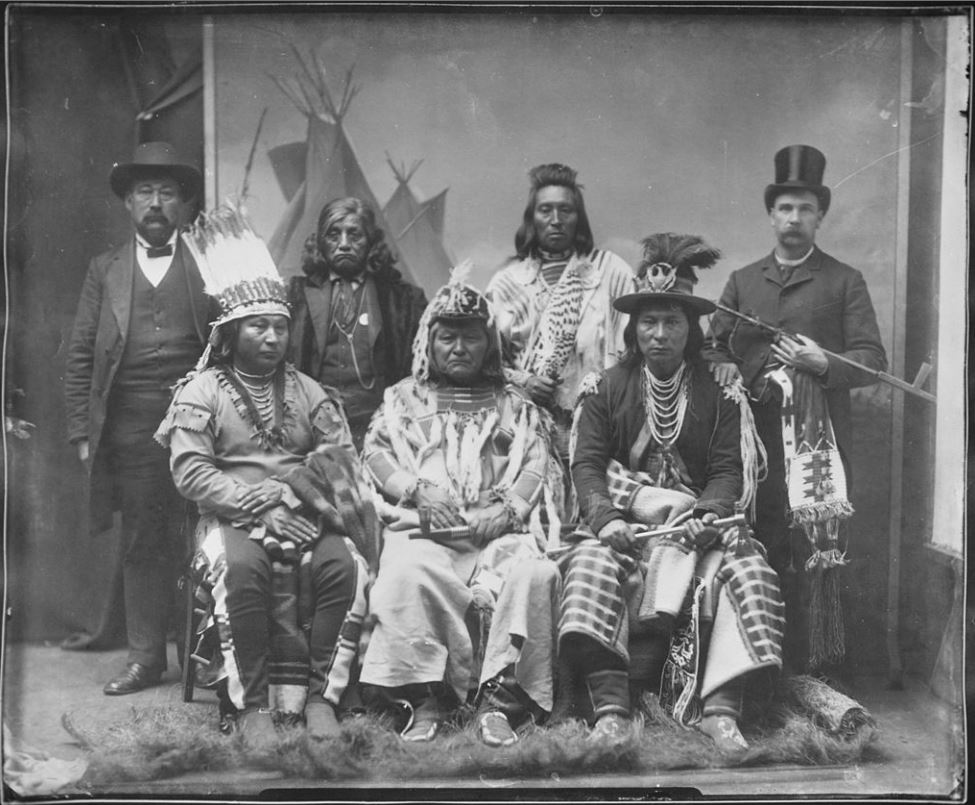 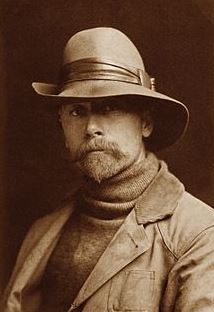