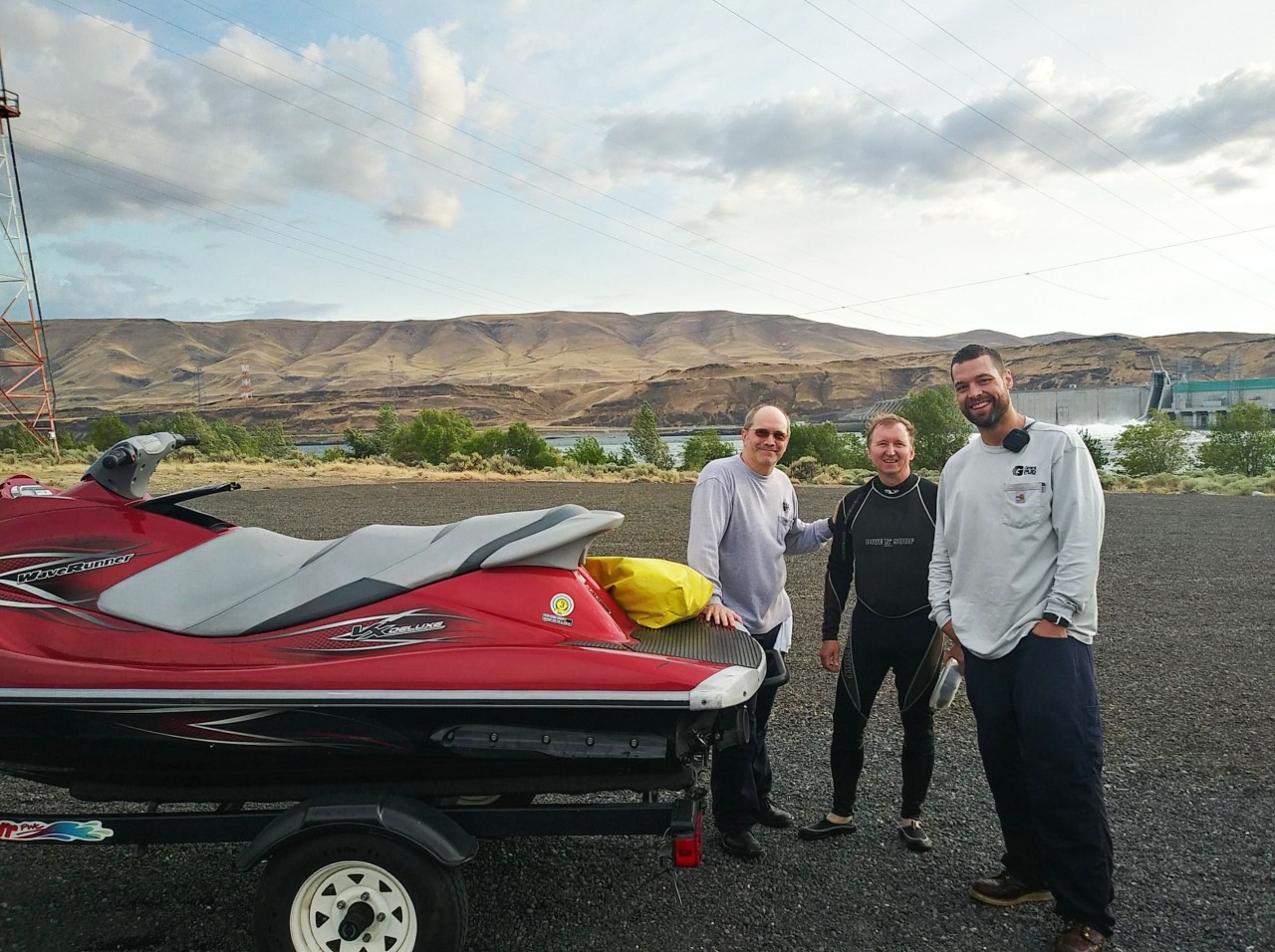 Good thing Shultz wasn't on it.

The Puyallup-area visitor launched his 3-person Yamaha WaveRunner on the Columbia River at Frenchman Coulee, where he and his wife were camping.

What started as a calm, glassy river within the Columbia's narrower, basalt-cliffed shorelines turned windy and rough in a hurry four miles downstream as the river opens up south of the I-90 bridge at Vantage.

Shultz has owned watercraft since 1999 and is an experienced rider who visits the Columbia Basin several times a summer.

"The current on the river (that day) was stronger than I had ever experienced before," he said, recently by phone.

Before he knew it, he was just downriver of Wanapum State Park fighting whitecaps pushed by 40 mph sustained winds and gusts as high as 50.

"I decided, 'I'm outta' here and turned to go back, but then hit a big wave and fell off," he said. "I'm 51 and not an Olympic swimmer, and I was wearing a life jacket. I just couldn't catch up to it."

The fall activated a "cutoff lanyard" that cuts power to the watercraft when the driver is thrown off. It's required by law for safety.

Swimming in place in the Columbia, with nothing between him and the 55-degree water but his wetsuit, Shultz watched as the wind and current pushed the craft farther away. He started swimming toward the Kittitas County shoreline, knowing that as a diabetic he couldn't spend much time exerting himself without eating something to keep his glycose level up.

Once on shore, he scrambled up the embankment to Huntzinger Road and waved down a passing car, which took him to the ranger station at Wanapum State Park. He called 9-1-1, and the young attendant there gave his own lunch to Shultz to help with his blood sugar.

Meanwhile, the riderless watercraft was inching closer to Wanapum Dam.

By the time a Kittitas County Sheriff's deputy arrived at the park and an agency with a boat – the state Department of Fish and Wildlife – was notified, the watercraft had drifted beyond the dam's upriver safety barrier – too close to safely retrieve from the water. The sheriff's office notified Grant PUD.

The deputy took Schultz back to Frenchman Coulee to get his car and boat trailer.

At the dam, Chief Operator Steve Warner and Apprentice Operator Dan McCourtie were aware of the small, drifting vessel. The current had carried the craft up to and through the juvenile fish bypass — a special spill gate that safely gets young, ocean-bound salmon downriver.

This time of year, an average of about 20,000 cubic feet of water per second – almost seven times the average flow of the Yakima River -- flows through the bypass and plummets approximately 80 feet into the dam's tailrace in a whirl of powerful turbulence.

It's a ride no human would ever survive.

But the watercraft did.

McCourtie and Warner went to the shoreline and spotted the craft bobbing amid some moss-covered rocks along the Grant County side, about a half-mile downriver from the Lower Wanapum boat launch, near the dam.

They headed down. Dan waded through nearly waist-deep water to tie the craft off, to ensure it didn't drift farther down river. He could see little visible damage — amazing, he said, since he'd seen entire logs torn to pieces in the bypass tailrace.

A watertight bag inside a watertight compartment of the craft contained Shultz's wallet, keys and cell phone. McCourtie and Warner noted the man's name and address to contact him.

But by then Shultz had made contact with Grant PUD security and headed down to the boat launch.

"I'm looking at this 10-story high dam and wondering how many pieces of fiberglass I was going to find of my jet ski," he said.

Then he spotted McCourtie, Warner and the tethered craft – in tact.

"The owner was extremely appreciative and couldn't believe his jet ski had such little damage," Warner wrote in his incident report.

They untied the craft and watched, amazed, as Shultz got on, started it up and rode it upriver back to the lower Wanapum boat launch. By the time McCourtie and Warner got back to the launch around 8 p.m., the watercraft was already loaded onto a trailer and Shultz was about to drive off. The incident caused no damage to the dam.

Conditions on the Columbia River can change very quickly, say Warner and McCourtie. Even experienced boaters can't let their guard down. Check weather conditions before setting out on the river, always be sure to wear a life jacket, and stay well above the buoys and rope that mark a dam's safety barrier. 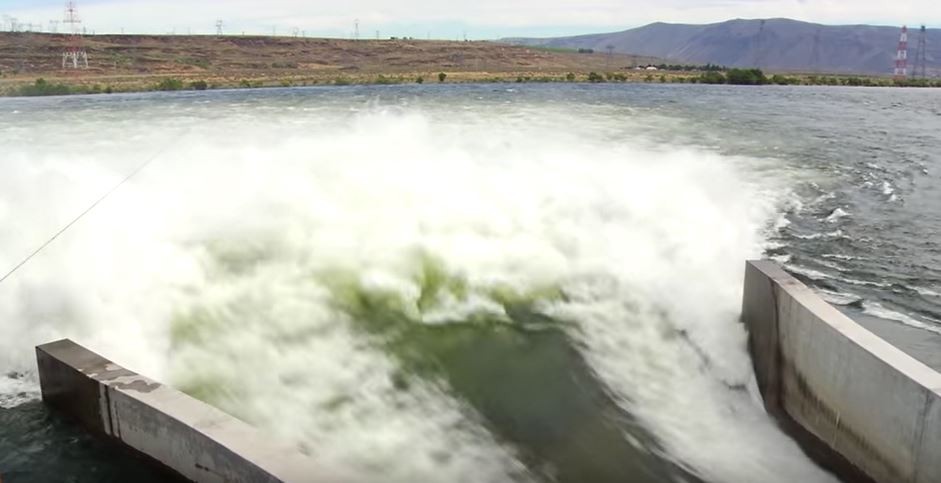 An average of about 20,000 cubic feet of water per second – almost seven times the average flow of the Yakima River — passes through the juvenile fish bypass at Wanapum Dam. Photo doesn't accurately depict the amount of extreme turbulence.
Tweet