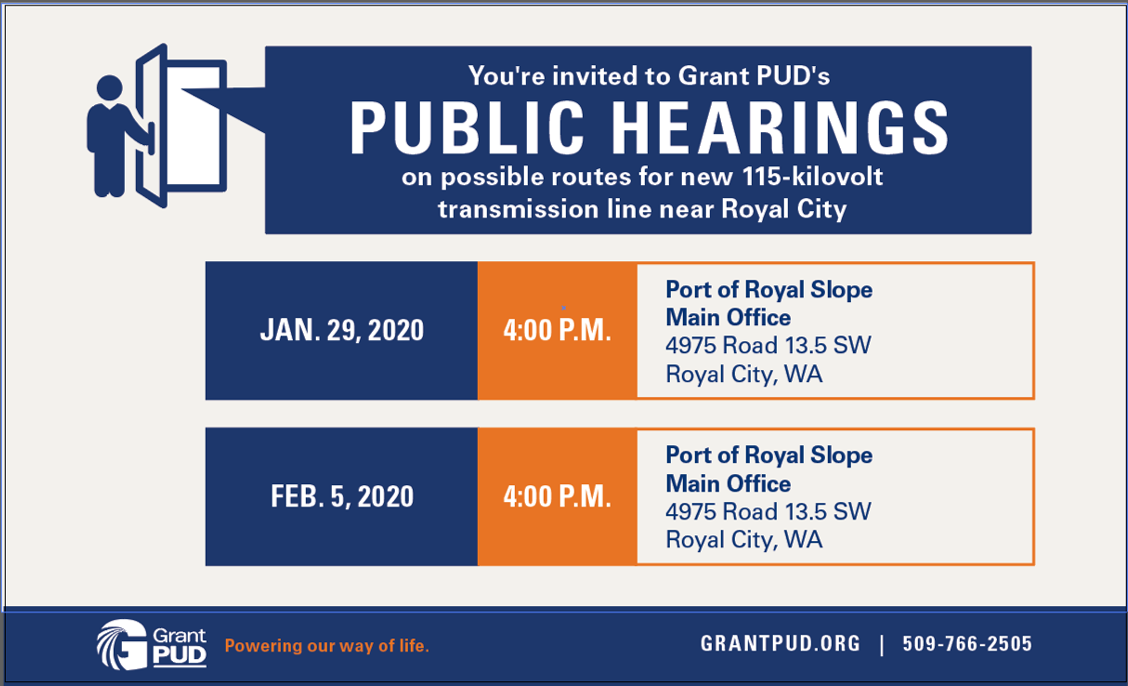 The public will have a chance to view detailed maps of each potential alternative and offer comment at public workshops on Jan. 29 and Feb. 5. Both workshops will begin at 4 p.m. in the main office of the Port of Royal Slope. Both meetings will end at 7 p.m.

The new 115 kV transmission line is part of Grant PUD's second round of "Design-Build," a multi-year package of projects to improve reliability and increase capacity of Grant PUD's electrical system.

Following consideration of public comment and analysis of potential impacts, Grant PUD staff will take public feedback into account before making a final recommendation to commissioners for approval. The recommendation is tentatively planned for presentation to the commission in March. Estimated timing for project completion is March of 2022.

See the map below.

Klinkenberg said following consideration of public comment and analysis of the other criteria, staff will make a recommendation to the commission for commissioner approval. Staff tentatively plan providing their recommendation in April and estimate project completion by March of 2022.