Progressive Design Build: When speed is the need

The traditional "design-bid-build" procurement process for public utilities would have added at least two years to that ambitious schedule. Big customers were impatiently awaiting more capacity. System upgrades were critical to handle anticipated growth and ensure of service.

The utility found its solution when it became the first public utility district in Washington to take advantage of a 2013 state law that gave public entities a "Progressive Design-Build" procurement option – one that has proven both flexible and efficient, producing work that is virtually on time with outstanding quality and an excellent record of safety.

PUD electrical engineer Mark Milacek learned of the option when he attended a seminar in 2015 on the benefits of alternative public works procurement methods available in Washington State.

Like its more widely known Design-Build predecessor, Progressive Design Build lets project owners hire a project designer and contractor under a single contract, with a guaranteed maximum price for multiple construction projects. The progressive version goes further by allowing project owners to choose their contractors based almost entirely on qualifications, although not without a competitive-price component.

Robyn Parkinson, the Mercer Island, Wash. attorney who helped draft Washington's 2013 Design-Build legislation, says the process gets the three key players — project owner, designer builder — together early in the process, to develop a scope of work, refine designs, materials, and time frames and, together, determine a maximum project cost.

The project's ultimate success, she said, depends on the ability of these three key players to work together.

The Progressive Design Build alternative sounded perfect for the PUD's substation projects. Milacek pitched the idea. Coworkers and management liked what they heard, and they got started putting together the required "owners project-management team," which included both PUD staff and hired consultants – attorney Parkinson, Vanir Construction Management of Bellevue, Wash, and Power Engineers of Hailey, Idaho. These consultants were skilled in the process.

The team created the initial scope of work and submitted an application to the state Project Review Board to see if the substations project would qualify for the Progressive-Design-Build option. The consultants' contribution was valuable at this stage. The state board needed to see that the PUD had enough experience on its team to ensure a successful project and preserve the reputation of the alternative. The project qualified.

Throughout the scoping-and-approval process, the team kept the PUD's elected board of commissioners informed of the Progressive process and its advantages. PUD board members agreed in October 2015 to hire the design firm of Omaha-based HDR Contractors Inc. and Canby, Oregon-based builder Wilson Construction Company under a single contract with a maximum cost of $24 million. Both these companies had much prior experience doing Design-Build substation and transmission work.

HDR's Deputy Project Manager Jake Van Houten describes the interaction with Grant as "free-flowing and continuous to be sure everyone is on the same page with regard to expected outcomes and delivery dates."

Notable subcontractors on this project were Tommer Construction Company of Ephrata, Wash., Specialty Engineering of Vancouver, Wash. and KVA Electric of Arlington, Wash.

Work began on the first of the seven substations in June 2016. As that work progressed, the PUD team, together with HDR and Wilson, got to work on the design and logistics of the next substation.

The team gained efficiencies with each stage of construction as they learned lessons from the last.

"It was a real go for a few months. A real scramble," said Patrick Smith, site superintendent for Wilson Construction "Of all the Design-Build projects, this is the largest number of sites I've worked on that are contained within one project. It brought challenges of complexity and speed."

In February 2017, an arc-flash fire caused extensive damage to Grant PUD's Central Substation in the city of Ephrata, population 8,032. PUD officials added the rebuild of the damaged substation to the ongoing Progressive-Design-Build project. This brought the total number of project substations to eight.

Work progressed on schedule and with good results. The unseasonably cold winter of 2016-2017 caused some delays and required schedule shuffling, but the overall project – including the additional substation – was finished by late October 2017, only three months longer than planned and with an excellent safety record.

Grant PUD's internal team is conducted a series of lessons-learned exercises. Here are a few of their findings:

– With design, procurement and construction happening in parallel, Design Build requires the three key participants — project owner, project designer and project builder — to work closely and collaborate. The attitude of the key players is critical. The success of the project depends on establishing a culture of trust and collaboration.

– With multiple phases of the project underway at any given time, the project owner should expect to assign more than one staffer to manage the project. Work happens fast. The owner has to be very involved. It can be too much for a single project manager or engineer to handle. Operations folks should also be included throughout the process. They bring a critical perspective. The contractor wants to give the owner what we want, project engineers say. But every utility has its own stamp. The utility has to work with the contractor to reach that goal.

– Get everyone to the table as early as possible. Spending effort and resources on a well-coordinated, organized start is a huge benefit. When the unexpected comes up in the heat of battle, it can stress relations on the team. Catch problems and bring them up early, so it can bring the team closer together. Sometimes, as the saying goes, "you have to slow down to go fast."

– Bundling the work really had a positive impact on quality. Builders fought through the learning curve early in the build to meet PUD expectations. By the time crews had finished the first three substations, both quality and speed improved. For example, control house wiring took 12 weeks on the first substations. Crews had cut that time in half by the third.

– Grant PUD wants every one of the eight substations to look, feel and even "smell" just like every other substation in the PUD system. When crews go to troubleshoot, it's a big help to have everything be the same, as much as possible.

– Grant PUD also partnered with two professors from Washington State University to conduct independent research and interviews to compile a formal, lessons-learned report. The effort supports the utility's drive to develop a culture of continuous learning and innovation.

Russ Seiler (This email address is being protected from spambots. You need JavaScript enabled to view it.) is a project manager for Grant County Public Utility District (PUD), located in Washington State. He has a BSME degree from LeTourneau University and is a registered professional engineer in the state of Washington. He began his engineering career in building design and entered the utility industry seven years ago as a staff engineer in the Bonneville Power Administration's structure design group.

Mark Milacek (This email address is being protected from spambots. You need JavaScript enabled to view it.) joined Grant County Public Utility District (PUD) in 2012 as an electrical engineer in the utility's Transmission and Distribution Group, where he designs and oversees the construction and testing of substations. He was a power production specialist in the U.S. Air Force and, later, a commissioned officer in the Washington Air National Guard. He earned bachelor's degrees in Physics and Electrical Engineering from Seattle University in 1992. Other engineering work includes 14 years at Snohomish County PUD and three years Commonwealth Associates, a private firm. 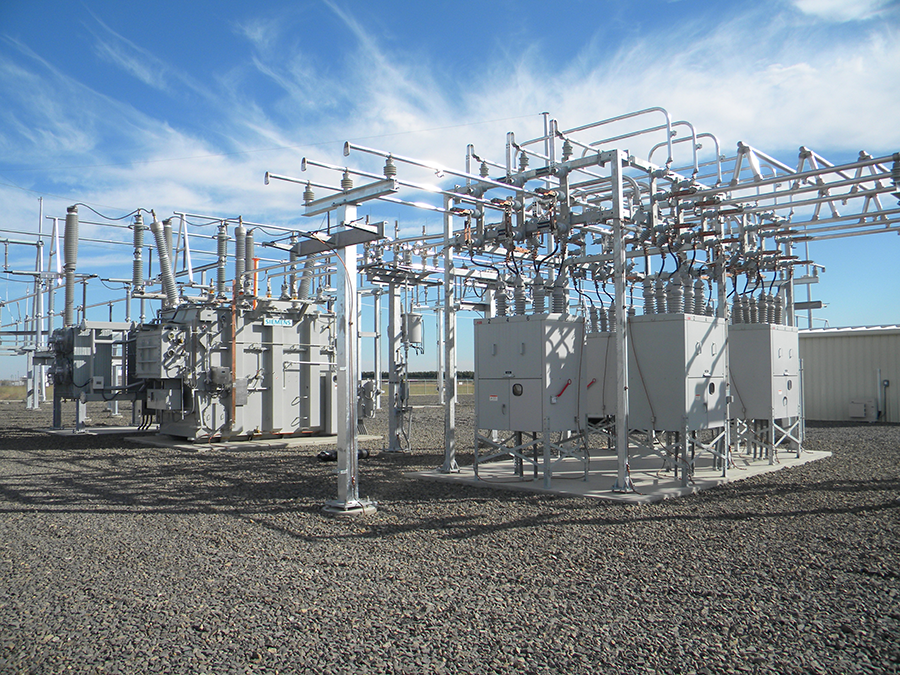 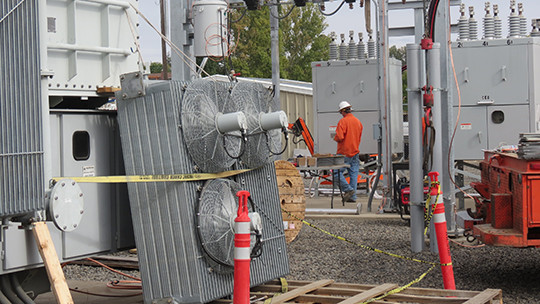 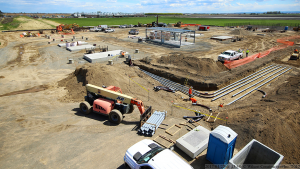