'Growing through' our hydropower is not like going off a cliff

It's no secret that we expect to begin outgrowing our ultimate share of power from Priest Rapids and Wanapum dams in the early 2020s. That's based on our current pattern of above-average load growth of about 30-35 megawatts/year.

The "ultimate share" refers not only to our physical portion of power, which we grew through several years but also to the financial portion — funding we can draw upon from our wholesale power purchasers, as part of our federal license, to buy market power to cover .

When I hear some stakeholders talk about this "growing through" our primary resource, they sometimes make it sound like an emergency — as if we were driving off a cliff. We're not. Not at all.

Just look at some of our regional utilities here in Washington. In Spokane, Avista probably has 14 or 15 powerplants. Portland General Electric is similarly situated, while Pacificorp has probably more than 30.

In our neck of the woods, we mid-Columbia PUDs aren't used to that, but it's normal virtually everywhere else in the country. Utilities elsewhere never talk about running out of power, they just add to their portfolio of resources or buy more fuel for the coal or gas plants.

What's not normal — in it's extraordinarily rare — is to build a resource that is 100 times larger than we needed to begin with and then only now, 65 years later, be talking about maybe growing out of it. Sound familiar?

We've done very well with hydro, thanks to the risks taken by the visionary folk before us and the utilities that agreed to buy our power during the first 50 years. Without the power purchasers, finance companies would have rejected "little" Grant PUD's huge request for millions in debt to build our dams. The historic partnership, Grant and its purchasers, allowed us to acquire a power resource hugely in excess of our needs and slowly grow into it, shielding us from resource additions. us pretty unique.

What's next for us? It's what I call "extending and blending." That's the standard approach.

Come 2023ish it's not like all of a sudden we'll be facing this massive power shortage. Most likely we'll continue to generate an annual surplus but will need a little extra — maybe a few dozen megawatts —during the end of summer and the coldest weeks of winter. Those are the times when power use is high, but there isn't as much water in the river to make electricity. We're at the mercy of the fuel supply. That's a tricky thing for folks to wrestle with.

During this time and potentially for years into the future, we'll be fine covering our energy deficit by entering into contracts to buy power for staggered lengths of time. These are essentially market purchases, but not , real-time transactions. Instead, we'll buy power in advance to lock in a price and slice of energy we can rely on when we need it over several years.

For us, growing through will be gradual. And growth, over time, is not a bad thing.

As we grow and our energy deficit becomes larger, the alternatives we employ will need to change, but one thing will remain the same — we'll continue to be very careful and fair about who pays the cost associated with this growth. Large industrials must pay for the growth they create. That's what our commission's rate policies are all about.

So which resources do we turn to next? Nuclear would be large and expensive, but is not where our need is. Coal is essentially illegal to develop in Washington now due to state statute. We already have dependable machines sitting around waiting to turn water into power, we just don't always have the water behind the dam when we need it.

Wind and solar aren't dependable, so what it would really come down to is a high-efficiency natural-gas-fired turbine. That would be the most suitable option. We could build a plant, lease a machine — or part of a machine — or continue to use some kind of financial product, like the power contracts.

Going in with other investors is the best strategy, because you get the best of both worlds. That's the likely direction we'll be headed.

We don't want to put all our eggs in one basket – hydro. We want a resource mix, just like the other utilities have now.

And maybe we don't want to own, just yet, but lease instead. A lease would give us more flexibility for a shorter-term commitment. This would make it easier for us to take advantage of some pretty exciting areas that are developing fast. Solar power or battery storage may become more dependable as technology evolves.

And, check this out, I've heard of a company that goes around to office buildings and some residentials and uses the internet and smart, "Nest" thermostats that "talk" to customers' smart appliances, shut them off remotely when the customers don't need them and sell this unused power to others.

This company cobbles together 20-30 megawatts of supply to sell. The customer doesn't have to do anything and isn't inconvenienced. Some of this is going on now in California. In the future, some of this "demand-side" power could be available for us to buy, possibly at lower cost.

We want to achieve a balance, the right level of stability and predictability. We want low costs and don't want to get ourselves locked into something that would jeopardize opportunities down the path.

Changes are tricky if you haven't been through this before, but this is a really exciting time. It's an opportunity for us to put our stamp on something. If we're careful, we can position Grant for the future the way Nat Washington and all those folks 60 years ago did. We're starting from a very good base. And the future looks interesting. 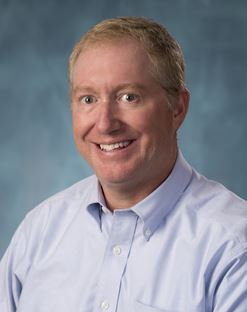