Neowise, through a master's eyes 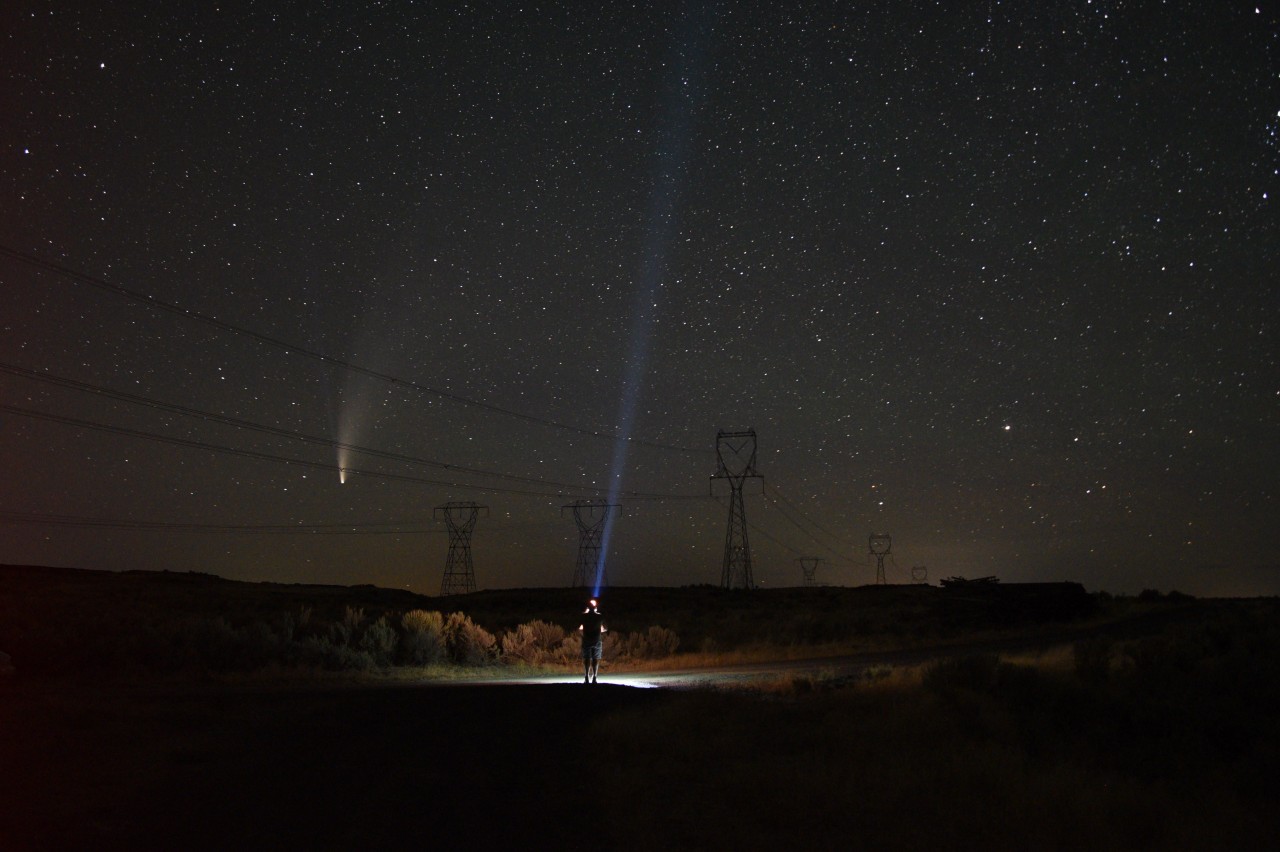 Local historian and photographer Dan Bolyard captured the Neowise Comet just after midnight last weekend near his home about 6 miles southeast of Coulee City. The person in the photo is Dan, himself.

"No photo manipulation was done, other than converting the raw image to jpg for sending to others," he said in an email. "Shot with a Nikon D750. It was a 30-second exposure. I had a 24 mm lens and the F-stop was 3.48. I used a remote control shutter release and a painfully bright flashlight, which was only used about 5 seconds during the exposure."

The comet will be closest to earth Thursday night/early Friday. Look to the northwest sky, low on the horizon. Once out of view, the comet won't reappear for 6,800 years.