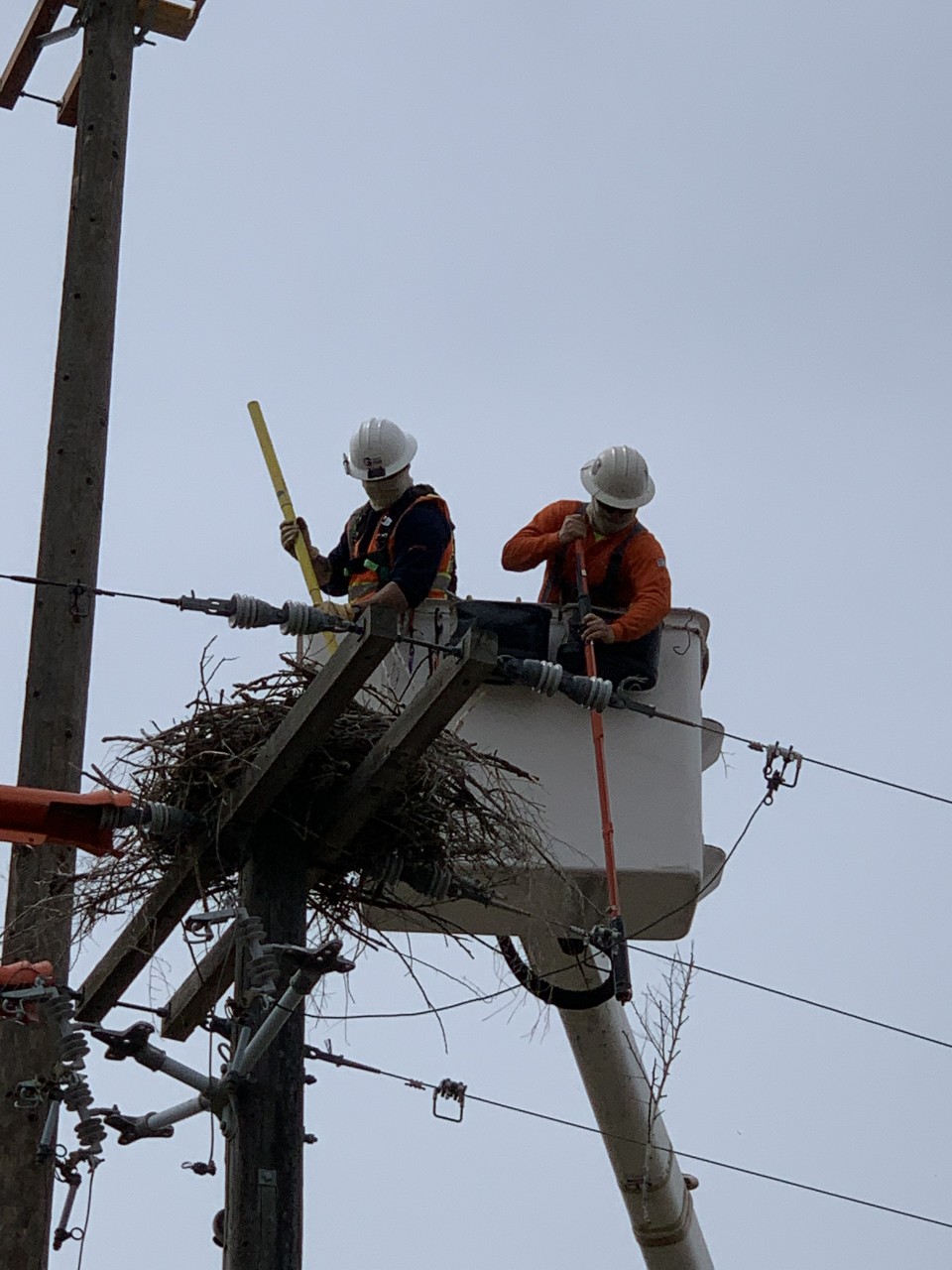 Osprey are notoriously noted for their excellent taste in real estate. They love high-rise living, on or near prime waterfront property.

In Grant County, the prime real estate they choose to build their nests often sits atop a Grant PUD power pole. Raising a family inches from energized powerlines endangers the birds and potentially causes power outages, as debris from the nest falls onto the lines.

That was the case in Stratford, near Billy Clapp Lake, this month. It transformed Grant PUD linemen Dustin Knight and Larry Moreno into "nest movers."
The large nest contained an unhatched egg.

As the egg's frantic parents circled and called out overhead, Dustin and Larry carefully removed the nest from the distribution pole and relocated it to a taller pole topped with an osprey nesting platform that Grant PUD had installed nearby. Our crews have installed similar nesting poles elsewhere in the county to entice the birds away from our poles.

The nest safely moved, the parents swooped in to check it out and, apparently, liked it a lot. They still have their prized view of the water, from an even taller vantage point. And they have a baby on the way.

Next nesting season, Grant PUD biologists expect the birds will choose the platform in the first place. Besides, the old pole has now been fitted with a crossmember to discourage future nesting — just in case those masked birds get any funny ideas. 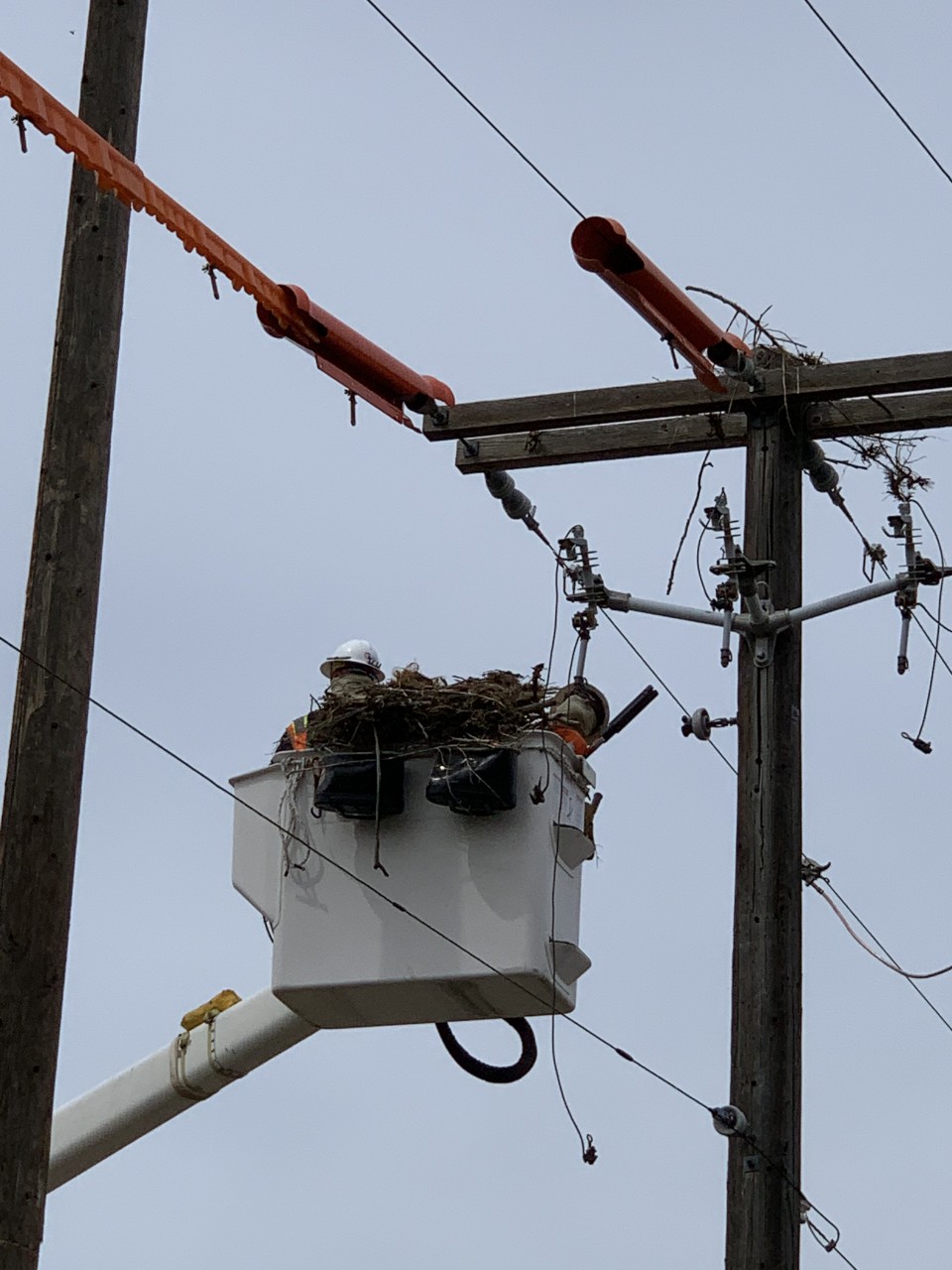