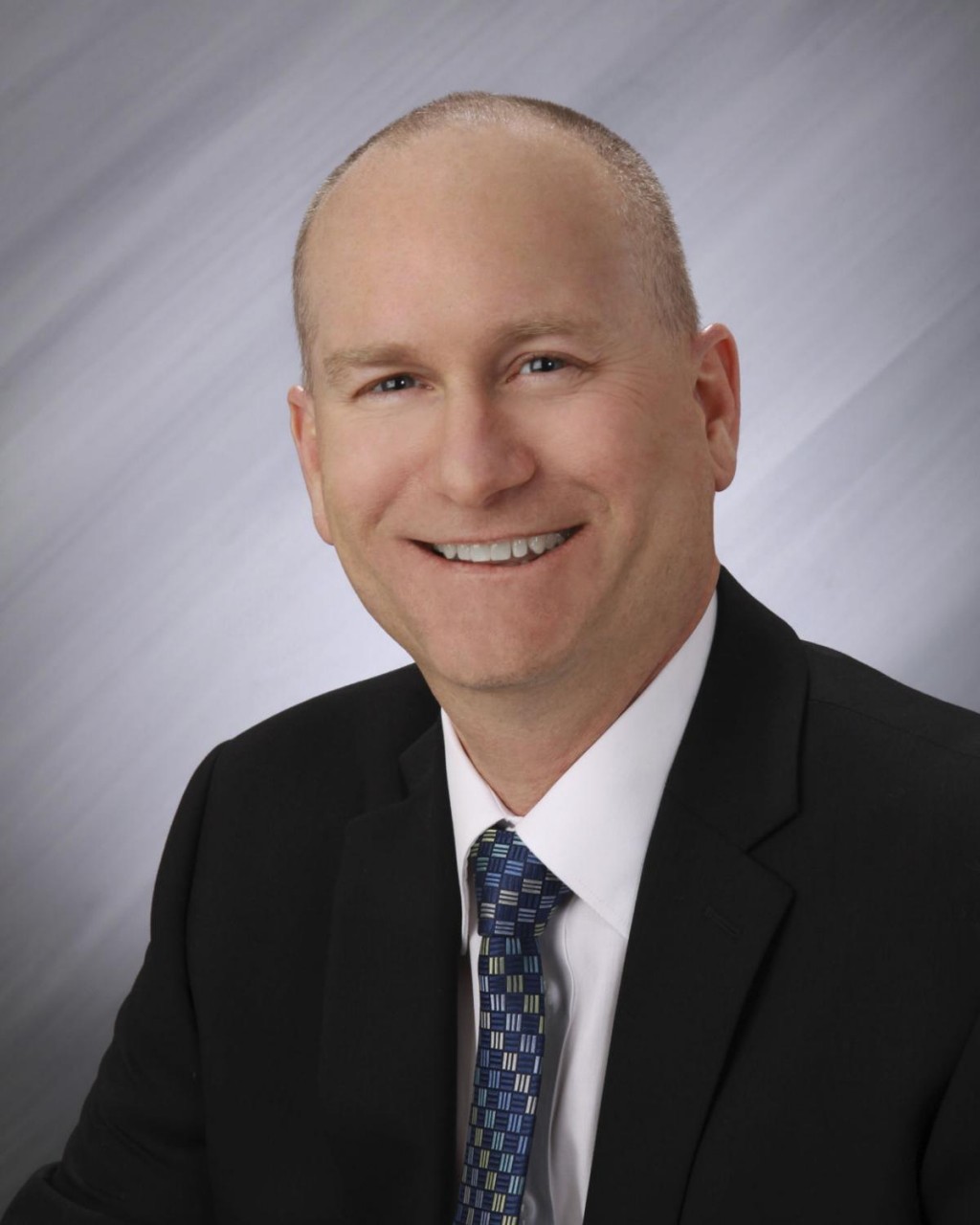 The pull of his wife's hometown brought Tony Webb to Ephrata. His preparation doing contract-related work at Boeing gave him the tools to get a job at Grant PUD. His people-first management style earned him on-the-job success.

The embrace of his adopted community at a crucial time for the Webb Family made the Columbia Basin his home for life.

Tony retires June 30, ending a 30-year career and embarking on a new phase of life focused on family, community and his 55-acre hay farm, not far from Ephrata HQ.

This self-described "generalist" of PUD issues and operations has witnessed the epic shift over the last three decades of business done on paper – lots and lots of it – to today's digital age of Microsoft Teams meetings, internet and fast computers. With it has come productivity driven to new levels by an IT team intent on taking technology to the limits.

Tony is proof of where a career at Grant PUD can lead. 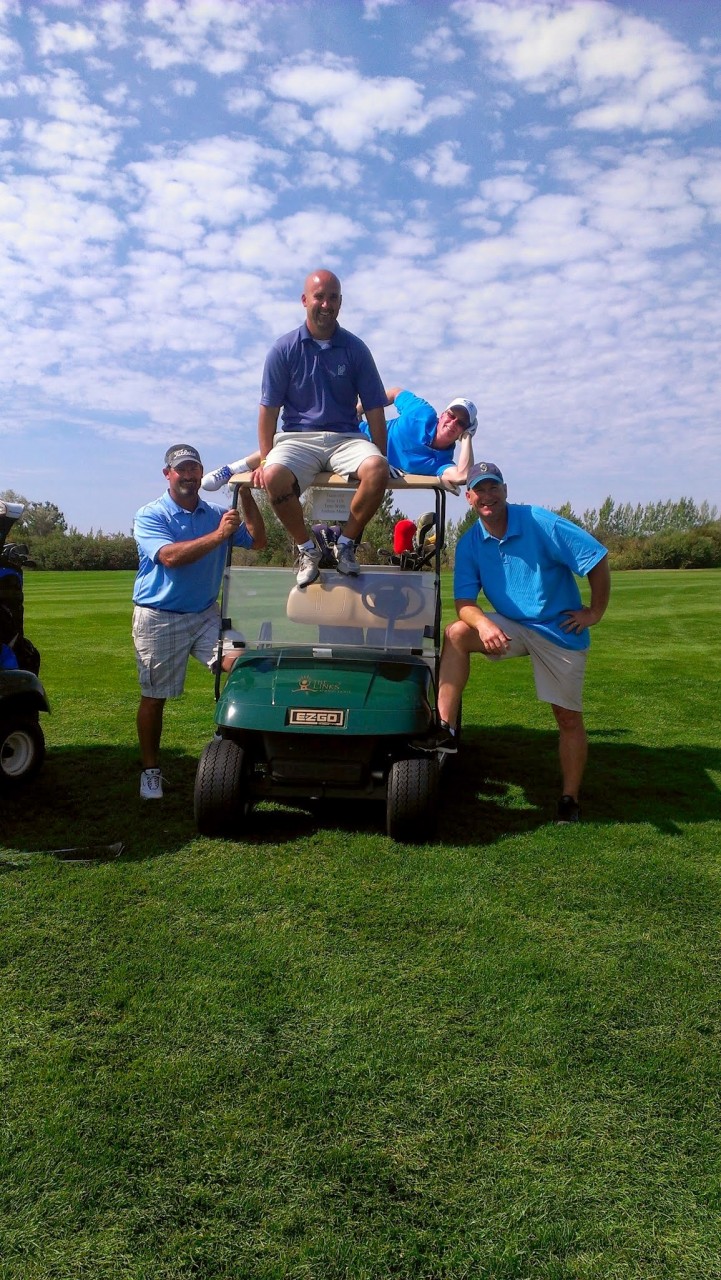 "I never had aspirations of becoming general manager. It just happened," he said. "There was a void that needed to be filled to focus on our employees, our community and our board. That's why I took the position."

Tony started his career at Grant PUD as a contract specialist and later became supervisor of customer accounting – billing, collections and meter reading. The skills he gained at Boeing, estimating budgets, solving problems as a team, and navigating the gamut of coworker personalities, proved a valuable foundation for his new career at the District.

From customer accounting, he moved to Human Resources, organizational development and labor relations. He'd go on to become director of HR and support services, eventually assuming telecom and fiber construction.

"The labor-relations piece was the most rewarding," he said. "When you have a problem, you can't solve it yourself; you need a team. We can talk about databases and computers, but it's all about relationships with employees; showing up every day."

A couple years later he became director of transmission and distribution – more a front-line post.

"I had a great time there," he said. "This is where you learn to become a generalist. There are lot of different issues coming at you. The biggest enjoyment was working with the front line for the sense of connection of how important we are to this community and how our employees are really our ambassadors out there to our customers."

He became assistant general manager and stayed in the post about a year and a half, becoming interim general manager when then-GM Tim Culbertson left the District. Commissioners interviewed several candidates for the top post, but ultimately gave the job to Tony.

"You manage your career and you interview every day you're on the job," he said. "That's the way I've always thought. The board stayed inside (chose an existing employee for the job). I thought that was important, and they gave me the opportunity to lead the organization."

Along the way came one of the biggest challenges Grant PUD has arguably faced since getting the dams built in the first place.

The fracture of the Wanapum Dam spillway drew world attention, inundating staff with questions from a concerned public, the international media, regional utilities, engineering groups and the feds. And that was on top of the problem at hand – getting the fracture fixed and paid for.

"It was a domino effect of fish, irrigation, recreation, the economy; taking all that and getting the organization around the crisis and resolving it," he said. "That, for me, was probably our biggest achievement during my time. Leadership is a foulweather job, and I was the GM."

Ultimately the need for the $86.5 million repair was attributed to a math error on the part of the dam's design team that lead to insufficient steel reinforcement inside the concrete spillway during construction.

"We could have said, 'Oh, shoot, this is going to be a black eye on the industry,' or we can plan and execute," he said. "We took a bad situation and made it into a huge achievement, where the PUD was recognized locally and at state and national levels for taking a crisis and making it into a success."

He added, "There were a lot of sleepless nights at that time. At the end of the day, you can say it was a mathematical error that occurred 50 years ago, but who's going to remember a mathematical error? You have to look forward. You have to give your employees the responsibility and trust them. We took the crisis and made it look routine."

Fixing the cracked spillway ranks high as one of the District's top achievements under Tony's watch, but not the only one. Other projects, involving thousands of employee hours, were also coming together.

He points to the teamwork involved in building the $20 million Wanapum Heritage Center – a project that had been in the talking stages for nearly three decades. It opened its doors in 2015.

The commitments Grant PUD made during the federal licensing process for Priest Rapids and Wanapum dams were also coming together. The new Visitor Center at Wanapum Dam opened to the public in the new Hydro Office Building. Improvements were underway at recreation areas. Planning and negotiations were advancing to transform Crescent Bar Island into a family friendly destination. Work finished in 2018. 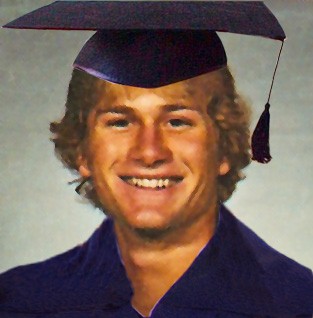 So, the decision to move to the Columbia Basin worked out well for the Webb family, even though both Tony and his wife, Michele, knew it'd be a risk. He was happy with his job at Boeing. She loved her job teaching on Vashon Island. They had a two young kids.

As a kid, Tony was a sort-of "boy-of-the-world." His dad ran airport operations for Pan American Airlines. His family followed him to sometimes exotic work assignments.

Tony was born in Orlando but spent nearly all the first 7 years of his life in the coastal city of Recife, Brazil, attending school and playing with his Brazilian friends.

The family moved back to Florida, where Tony remembers sitting on the roof of the family house, watching all the Apollo moon shots. His dad then took an assignment in Oman, a country on the Arabian Sea, just east of Saudi Arabia. 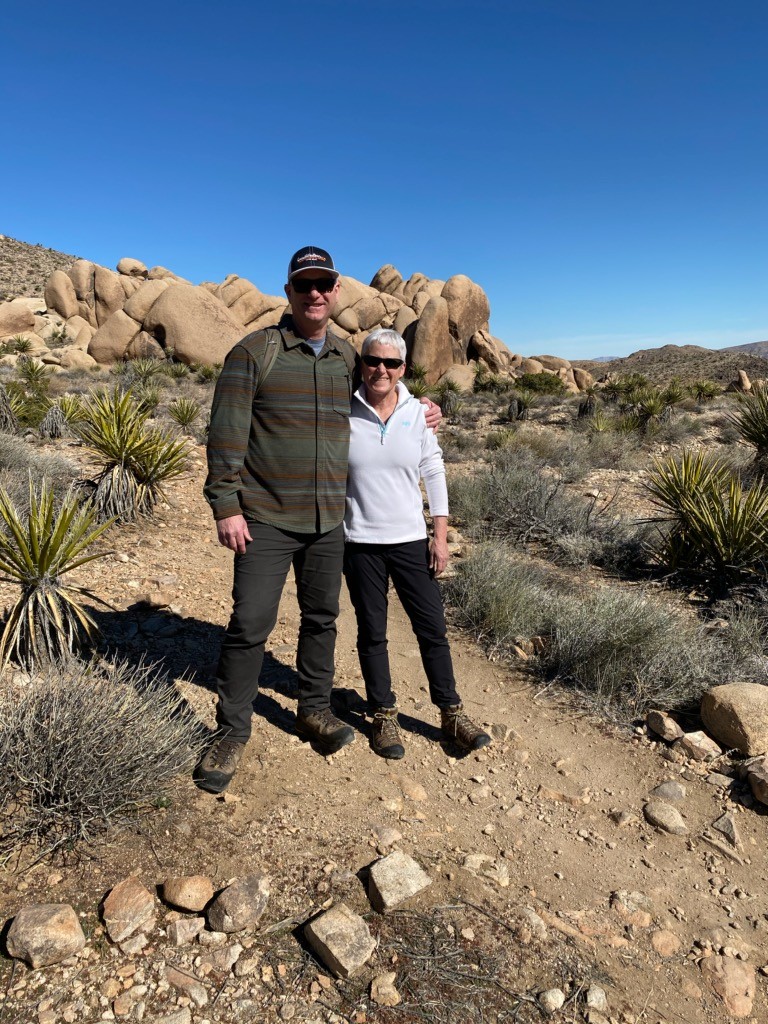 When they moved back to the U.S., the settled in Western Washington. Tony attended school in Poulsbo and earned a Communications Degree from Eastern Washington University. He sold cell phones – the old, "brick" style) – for a while before deciding sales wasn't for him. He got a job with Boeing.

After the kids came along, he and Michele wanted to move to a smaller, more family oriented city. Tony had had enough of traveling after his globe-trotting childhood. Small-town life had an appeal. The moved their young family to Michele's hometown, Ephrata.

It wasn't until well after they'd made the move that he became aware of the power of his adopted community.

The Webbs' daughter Samantha became ill with neuroblastoma, a rare cancer of the nerve cells arising from the adrenal gland. Her condition was terminal. PUD coworkers rallied the community in support.

Word got out that Samantha want to see Christmas lights again, but very possibly would not see another Christmas season.

"That was a tough time for us," he said. "The PUD, for us, was also a family. At the end of her life that was one of the things she really wanted to see."

Samantha was a neighbor in need. Ephrata turned out. Residents hung their Christmas lights in October just for her. She died at age 9. 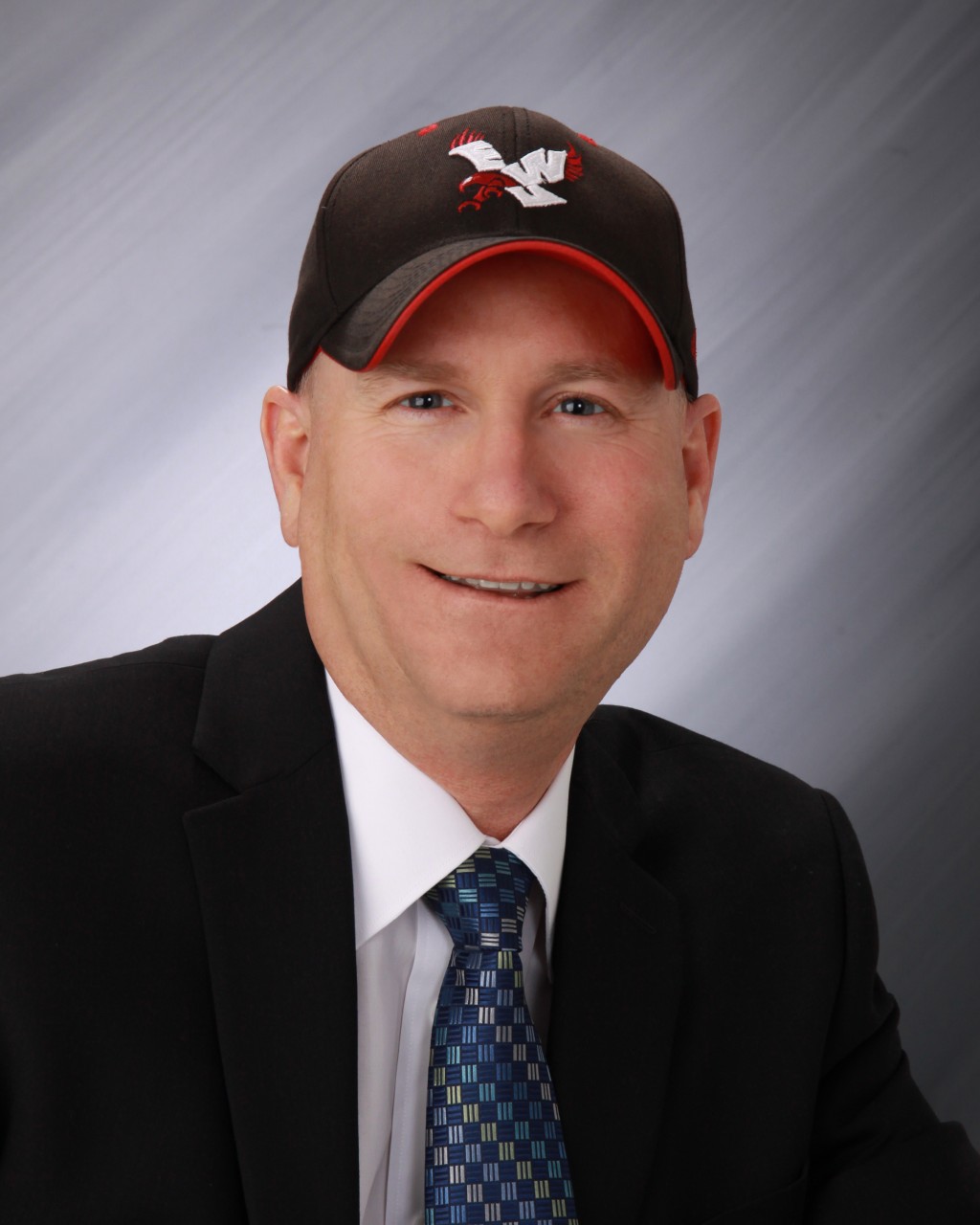 Tony announced his retirement in 2016 but has stayed on staff to help with the transition to current GM Kevin Nordt. He's had supporting roles since then. With the District financially stable, new leaders in place, a strategic plan set and the board of commissioners solid and working well, the time is right.

"The PUD is a great company to work for," he said. "At a utility of our size, and with the complexity of our business, you could be very active in getting your career moving in a lot of different directions. Looking back, I was really lucky to work for the PUD and have the opportunity to work in a small town for a dynamic organization that touches everything in the county, region and state."

He added, "It's important to me to thank the board (of commissioners) and all my coworkers, past and present, and the relationships we've built. Thanks to all the managers that gave me the opportunity."

"Looking back with a perspective of 30 years, it's all about the relationships," he said. "During my time, I got to know employees in different parts of the District. I got to know their names. Looking at all the work I did, the labor-relations part of my job was probably the highlight of my career. Building those relationships. Getting to know the frontline people. Touching the organization from a people standpoint. I became a generalist in how the PUD runs.

"General manager, to me, means you are a generalist. It's knowing your people and knowing what they can do and trusting them. That's the biggest advantage a general manager can have."

Tony and Michele have two adult children. Daughter Courtney is a counselor in the Ephrata School District. Son Derrick is a physical therapist in Post Falls, Idaho. They have three grandkids, and Courtney is pregnant with their fourth.